This fascinating 1958 documentary titled, “How Film is Made”, that documents the production process and birth of photographic and cinematic film, was initially discovered as part of a heritage in the Netherlands. Although its exact source and purpose are as of yet still unknown, it may have been an instructional film for new employees at Kodak’s factories world wide, and was probably used as a promotional film for the general public as well. The original 16mm film came into the hands of Frank Bruinsma of the Super 8 Reversal Lab in the Netherlands, who decided to have it digitized in conjunction with CINECO and the help of others, and make it available on the internet.

After a member of the Analog Photography Users Group (APUG) pointed out its availability, a call for a translation was made, as the originally American production was dubbed in Dutch, probably in the beginning of the ’60s, and therefore the original English soundtrack lost. A joint effort was setup, including me, Ray Rogers, Denise and Louis Ross, and others. Frank Bruinsma was contacted, who was kind enough to share the digitized version of the film with the APUG community for the purpose of adding subtitles.

After much work, this is the result. We hope you will enjoy watching this historic document. Although modern day film factories still pretty much operate with the same basic processes, the current highly automated and computerized film factories would probably make it impossible to make a similar film at the present time, as much of the inner workings of the machinery is now hidden. And certainly, we would miss out on the lovely intricate details like the employees manually inspecting parts of the film for defects in (almost) complete darkness. Unfathomable in the light of today’s high efficiency economies and societies…

Many thanks to Frank Bruinsma for making this film available, and to others who have contributed to this project!

The film can be watched in two versions:
– A low bandwidth one suited for people still using dial-up connections or low rated DSL or cable (less than about 1-1.5 Mbps). This version has a small image size and low bandwidth requirements (about 100 kbps). You may, however, still need some buffering time on dial-up modem of 56 kbps as the requirements are about twice that. Have some patience…
– A high bandwidth version suited for people on DSL, cable or wireless connections rated above about 1-1.5 Mbps. This version uses a nice big film size of 656×480 pixels and better sound. 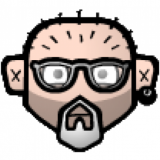